THE TEAM AT FIRST COMMERCIAL REALTY

Our dedicated & experienced team of commercial real estate professionals are here to serve you. From sales & leasing to property management, land development and everything in between, the team at First Commercial Realty is there for you. Our knowledgeable staff can guide you through the process every step of the way. Meet the team: 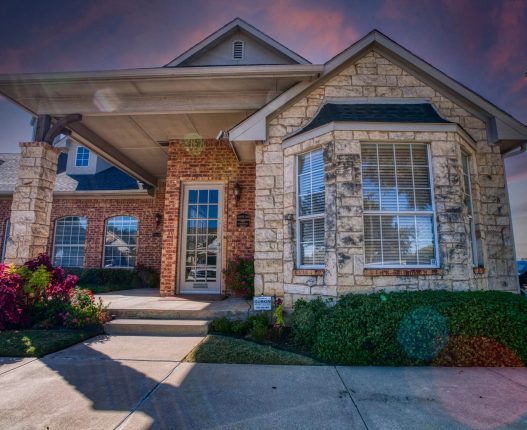 Bill and his wife Cindy live in Highland Village. They have three children and are life-long residents of the area. Bill attended Denton High School and received a BA from the University of Texas at Arlington in Political Science with a minor in business focused on commercial real estate.

After working in politics and finance, Bill began a career as a commercial real estate broker with the Henry S. Miller Company in Dallas during 1983. Working in the Investment Division he was recognized as a top producer on three occasions. In 1988 Bill left HSM to form First Commercial Realty in Lewisville. At it's peak, FCR had 12 employees leasing and managing more than 1,000,000 square feet of commercial properties, and brokering about $15,000,000 of real estate transactions annually. In addition, Bill develops and invests in real estate for clients and partnerships.

In 1986 Bill co-founded the first bank in Highland Village - United Commerce Bank. He served on the board of directors and chaired the loan committee before it sold to Wells Fargo. Bill has served as a city council member and participated in various committees for the cities of Highland Village, Lewisville and Lake Dallas. Also, Bill chaired and served on the board of directors at Christian Community Action for 24 years.

When with family or working, Bill enjoys the outdoors and has a passion for flying. In 1981 Bill received his private pilot's license, later earning his instrument, sea plane and multi-engine ratings. He volunteered for Angel Flight SC and served on the board of directors. They provide free medical and humanitarian air transportation for people with limited abilities. Completing 63 missions in 2007, Bill was recognized as top pilot for the organization. He went on to complete 200 missions including disaster relief following Hurricane Katrina and the earthquake in Haiti. The family enjoys spending time at their cabin in Taos, New Mexico & and their condo in West Palm Beach.

Cindy has assisted with leasing for three decades. She helps prospective tenants who are looking for office/retail/industrial space by determining their requirements, finding what is available, and writing the most beneficial lease for their needs. She also is responsible for the FCR accounting. Cindy acquired her undergraduate degree from the University of Texas at Austin and her Master's degree in Business Administration from the University of Dallas. She was born and raised in Denton County.

Michele Scheibel joined First Commercial Realty in 2010 as our property manager. More than 25 years’ experience in administration, marketing and property management provides her with the knowledge necessary to coordinate between tenants, contractors and landlords, as well as keeping the properties she manages running smoothly. Michele received a BBA from the University of North Texas. She lives in Southlake with her husband Tracey. She has two sons and three adorable grandchildren.

YOU WILL FIND THAT IT WILL NEVER BE ABOUT THE FEE
AT FIRST COMMERCIAL REALTY, BUT THE RESULTS THAT ARE ACHIEVED.
AND WE INTEND TO KEEP IT THAT WAY.